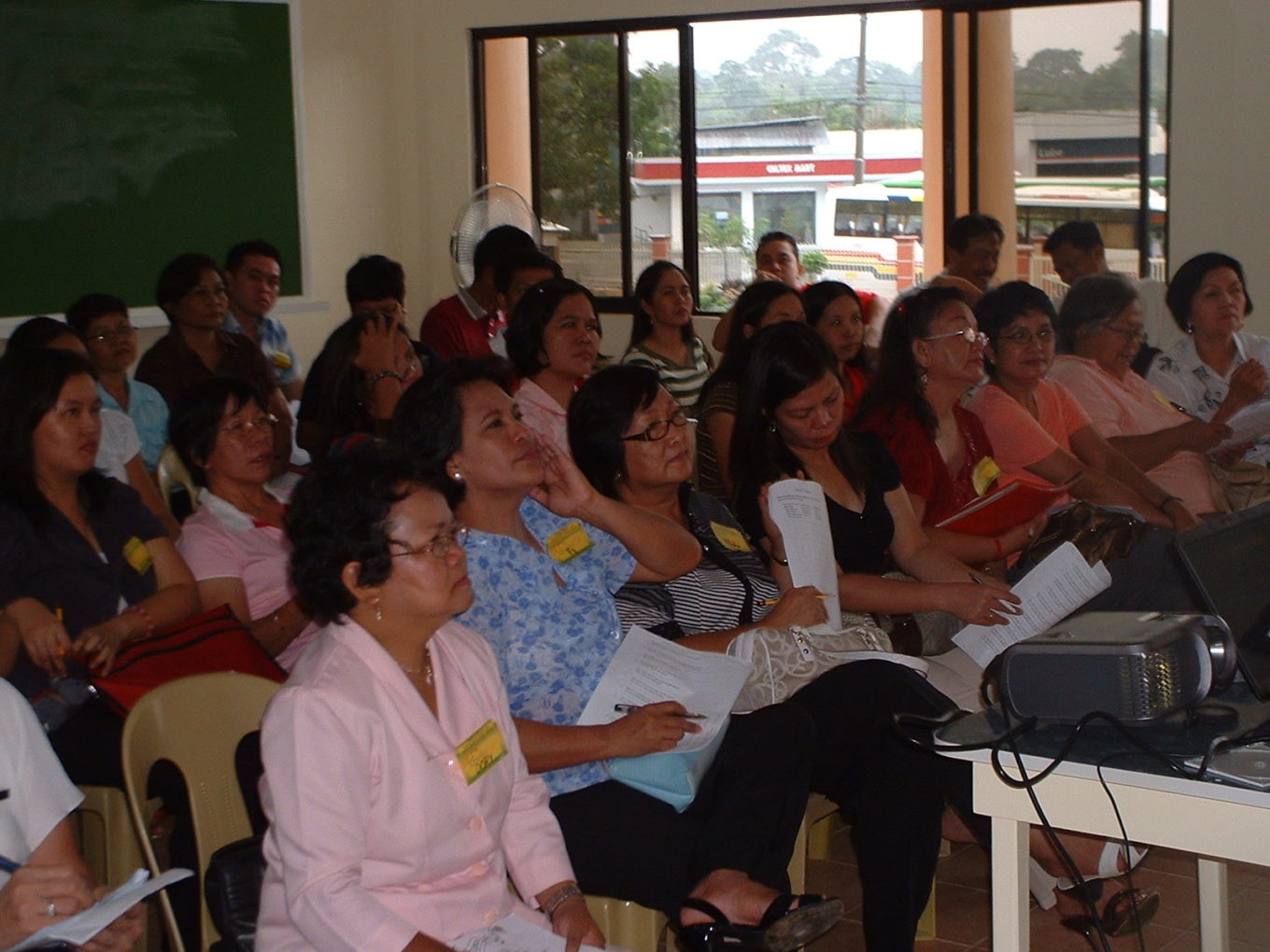 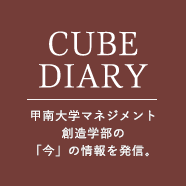 Hi Everyone! This is my first time to post comments here . . . let’s hope it’s not the last.

I want to write about my summer so you can see just how BORING my life is. Anyway, here goes. Most of my summer was spent catching up on various projects, both at school and at home. At school, I was organizing some research and writing projects. One big job has been working with Roger (Palmer-sensei) to design and develop the American Studies class for incoming freshmen next year. I will write more on this later. At home, I was cleaning and fixing. Pretty exciting, isn’t it? Still, I was able to enjoy myself as well.

My family and I took a short trip to Shirahama in July and went snorkeling. My daughter and I also spent a lot of time at the public pool in our neighborhood and we had a few barbecue parties with friends. My daughter is just learning to swim but she doesn’t want to take formal lessons. This means that I am her de facto coach. This is the best job I have ever had though . . . and I don’t even get paid.

I wasn’t planning to do any overseas traveling this summer, but decided at the last minute to join in and help with Teachers Helping Teachers (THT) in the Philippines. THT is a small NGO that I have been working with the past few years. This is a group of teachers from various countries but mostly based in Japan. We volunteer our time and energy in organizing workshops and seminars for teachers in developing countries. So far, I have been to Vietnam once and Laos twice with this group. There have also been seminars in Bangladesh but I haven’t been able to join one of these delegations yet.

I left Japan on the morning of August 22 and arrived in Manila the same afternoon. Several volunteer teachers were arriving this day so we spent a few hours at the airport getting everyone together. Our driver and host was an energetic Filipino lady named Baby. Together with her daughter April, they had organized a busy week for us. Our first stop was her house, where we were treated to a traditional Filipino dinner with a few surprises such as boiled eggs that had matured past the embryo stage (nothing like finding feathers in your eggs).

We were up at 5:00 the next two mornings for the drive to Saint Anthony’s College in San Jose del Monte outside of Metro Manila and didn’t get back to our hotel until after 10:00 or 11:00 each night. Over 200 teachers (mostly elementary and junior high school) participated in the workshops. I conducted one workshop on the first day and two on the second day. I was very impressed by the level of English among the teachers and all of the people we met. English is taught alongside Tagalog from elementary school and almost everyone can communicate fluently in both languages. We received many favorable comments on the workshops and participants were eager to have us return. The main sponsor of this portion of the trip said in his closing remarks that he was hoping for 2,000 participants at our next event. Anyway, it was a full two days and both the volunteers and the participants went away tired. But this was only the beginning for us . . . and the real test of our endurance was about to begin. 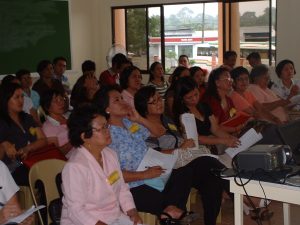 The third morning (8/25) we were up at 3:00 to catch a bus for the port city of Batangas, where we would catch a high-speed ferry for Calapan on the island of Mindoro. We were scheduled to meet some teachers at a private mission school in Lalud (one of the Barangas of Calapan) on the way to the village of Banilad on the slopes of the local mountain. This village is home to about 100 families (400 people) of indigenous Mangyan. Our host Baby is involved with a foundation that has helped build simple houses for this tribe as well as a school. This village was our home for the next three days. 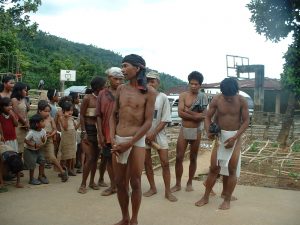 The first day we were welcomed with a ceremony (see picture) and then went straight to the classroom. The children were split into three groups by grade (1 & 2, 3 & 4, 5 & 6). The volunteers worked in pairs and were able to meet each group. We also had time on the second day to meet with each of the schools 4 teachers as well as the teachers from Lalud who had joined us. On the last day, we woke up early again and went to teach classes at the school in Lalud. Again, the level of English was quite high but also the devotion to their studies was impressive.

Later on the third day we visited another mission school set up for another tribe of Mangyan in the lowlands. This village turned out to be even poorer than in Banilad. Again, we got a warm welcome here and met with the only teacher of the school.

The highlight of each day at the village was an evening swim in the river. This was a welcome chance to cool off and clean up.

Again, we were up at 3:00 am on the next morning to make our way back to the ferry to Manila. Our last day in the Philippines was spent touring the historical downtown part of Manila city and getting cleaned up for our trip back to Japan. My trip was exactly 7 days, but it felt much longer. I was happy to get back to Japan but a little sad to say goodbye to my new friends in the Philippines. We parted with promises to stay in touch and see each other again.

So, you can see my life is not all that BORING. I do have some moments. If you are interested, I have posted some pictures here.
Also, you can check out my podcast where you can find an interview with the head of the volunteer group on Mindoro.

One last thing, before I forget. I also met some students from the University of the Philippines who are members of a worldwide network of students called AIESEC. You can find out more about them on their website.
I really hope some CUBE students will take the initiative to organize a AIESEC chapter at our campus.
Hope to talk to you soon. 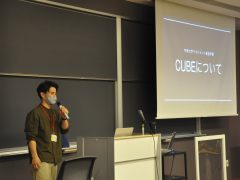 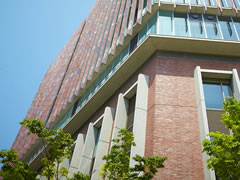 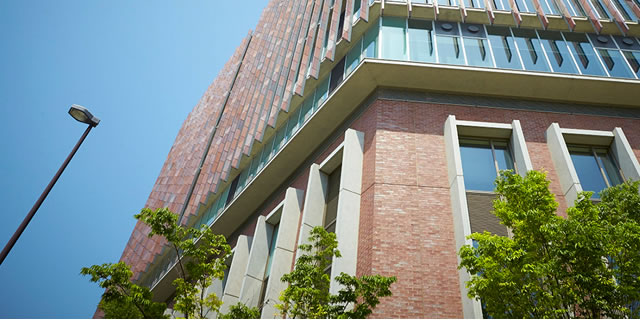